Widow's web: the true story of a Little Rock beauty whose deadly wiles led to two murders and scandalized the entire state of Arkansas

Description
An alluring seductress spins a web of lies, murder, and sexual intrigue, ensnaring reporters, influential men, and finally the entire state of Arkansas. Mary Lee Orsini, welcome to the True Crime Hall of Fame...
Prepare to be enthralled and appalled by the woman who kept the state of Arkansas - the people, the press, the police - alternating between sympathy and suspicion in the greatest criminal drama in Southern history.
Part "Twin Peaks," part Tennessee Williams, here is the saga of Mary Lee Orsini, the Little Rock Lady Macbeth whose attraction proved fatal for her husband (shot dead in his bed) and almost equally destructive for all the others whose paths she crossed: the defense lawyer who tried to help her and saw his wife murdered in the process; the prosecutor whose political career she ruined; the politically ambitious sheriff she manipulated into taking her side; the reporters she twisted around her perfectly manicured little finger.
Mary Lee Orsini will never be forgotten by anyone who reads Gene Lyons's beautifully reported, absolutely absorbing true crime saga. Penetrating, for the first time, the incredible web of half-truths and sexual blackmail used by Orsini to stay - for months and months - a half step ahead of the law, Lyons adds a compelling character to the annals of criminal reporting.
This is a story that once started cannot easily be put down.
Also in This Series 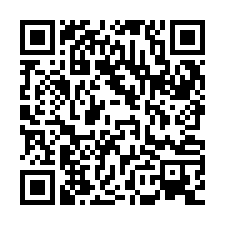