Bottom feeders: from free love to hard core : the rise and fall of counter-culture heroes Jim and Artie Mitchell

Description
In 1973, less than a hundred years after Henry James's Daisy Miller compared the innocence of Americans with the decadence of Europeans, Jim and Artie Mitchell arrived at the Cannes Film Festival for the screening of their magnum opus. When the lights came up and the credits rolled on Behind The Green Door, the French audience showered America's bad-boy pornographers with wild applause. The formerly innocent Americans had returned to teach the Europeans about decadence.
Bottom Feeders is the compelling story of how a pair of irreverent brothers, the sons of an Okie cardshark, made pornography one more option in the mainstream consumer marketplace. It is also the story of how their moral disintegration ended in the violent death of Artie at the hands of his brother.
Award-winning author John Hubner set out to discover what kind of forces might drive a man to kill his brother. But his examination of the Mitchell story becomes much more than that. Long before mild-mannered Jim burst into Artie's house with his rifle blazing, the Mitchell Brothers had made a name for themselves as counterculture heroes who owned San Francisco's landmark O'Farrell Theatre. Riding the free-love tide of sexual libertarianism, the brothers went from distribution of topless still photos to sexually explicit films and live sex shows that forced authorities to anchor legal rulings in the shifting sands of community standards. Along the way they produced Green Door (which became a mainstream blockbuster), fought seminal court battles, launched the career of famed "Ivory Snow Girl" Marilyn Chambers, were a focal point for underground celebrities like Hunter S. Thompson, and became known as the Peck's Bad Boys of San Francisco, who responded to harassment from the mayor by putting her office number on the theater marquee.
But whether you're in the vanguard or the rearguard, porn is a dirty business. Hubner discovers that the morally twisted world of porn often attracts psychologically unstable people who are unable to escape from it. Artie Mitchell himself became the most striking example of this disintegration: an alcoholic and womanizer who never grew up.
Bottom Feeders effortlessly interweaves Artie and Jim's story with the social forces that helped shape them, from the Vietnam War to the supercharged rebellious atmosphere of San Francisco in the sixties. And finally we come to understand how two counterculture heroes - and the counterculture itself - burned themselves out.
Also in This Series 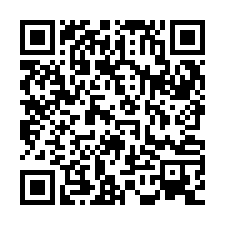