Entering the circle: the secrets of ancient Siberian wisdom discovered by a Russian psychiatrist

Description
As a dedicated young psychiatrist at an austere state hospital in the former Soviet Union, Olga Kharitidi battled the difficulties of Soviet life and the constraints of medical science in her fight to save her suffering patients. Joining an ailing friend on a spur-of-the-moment trip into Siberia's Altai Mountains, Kharitidi was launched on an unexpected journey of revelation when she was taken into apprenticeship by an enigmatic native shaman. The wild adventure that followed would forever change Kharitidi's view of healing, science, consciousness - and the potential of the human soul itself.
Deep in Siberia, Kharitidi's path of knowledge led her ever closer to unlocking the secrets of Belovodia, also known as Shambhala, a fabled civilization of highly evolved humans who have for eons spread their sacred knowledge through the world's great faiths, including Buddhism, Christian mysticism, Sufism, and Vedic Hinduism. She learned, through first-hand experience, that waking reality - the fabric of our daily lives - is only the near shore of our "Spirit Lake," the sea of transcendent consciousness and infinite possibility within us all. Kharitidi teaches us how to tap this hidden sea, and introduces us to the Spirit Twin dwelling in every soul, our gentle teacher and guide who can help us create our true self, abandon outworn beliefs, and evolve into a fully awakened life beyond our wildest dreams.
Also in This Series 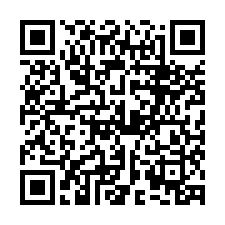