Killing for company: the story of a man addicted to murder

Description
In February 1983, the plumbing in a London apartment building backed up. When workmen found what appeared to be rotting flesh in the drains, the police were called in and an innocuous-looking local government worker named Dennis Nilsen was questioned. He immediately confessed to murder and calmly showed police plastic sacks full of dismembered remains that he had stored in a closet in his home. Dennis Nilsen turned out to be a serial killer of monstrous proportions. Over a period of four years he had murdered fifteen young men, only two of whom had ever been reported missing. He had kept the corpses in his apartment, performing bizarre and macabre rituals with them until he dismembered and disposed of the bodies. In Dennis Nilsen, Brian Masters found a strangely articulate and intelligent man who viewed his crimes with an eerie detachment. Masters got close to Nilsen and was given the widest access to the killer's extraordinary diaries and prison journals. Nilsen reveals himself to be a man of Dostoevskian complications, one not afraid to confront what he finds in the darkest recesses of his own mind. In Killing for Company, Brian Masters has written the classic account of a murderer's life. He describes Nilsen's forlorn and loveless childhood and his descent into a horrific adult existence, all the while seeking clues as to what drives a man to murder. Masters's remarkable book offers an unprecedented look into the psyche of a serial killer, and is complemented by Nilsen's own words and drawings (his "sad sketches") and a postscript by Britain's preeminent psychiatrist, Dr. Anthony Storr.
Also in This Series 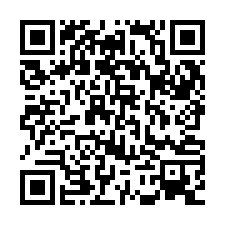